Your Teen is Vaping – Now What?

If you are the parent or caregiver of a teen who is vaping, what can you do to help them quit? While health officials examine cases of lung injury associated with the use of e-cigarettes and vaping products, now referred to as EVALI, they recommend that the only way to ensure that the public is not at risk is to refrain from using all e-cigarette and vaping products while the investigation is under way. Several cities and states have enacted bans on these products in an effort to protect public health. There is a growing movement to make 21 the legal age to buy, sell or use nicotine-related products.

It’s important to understand that it can be as difficult to quit vaping as it is to quit over-the-counter drugs or smoking, perhaps even harder. Many teens often don’t realize the amount of nicotine they are ingesting. One Juul pod, for example, is the equivalent of a full pack of cigarettes.

Years ago, when we had higher rates of young people smoking traditional combustible products like cigarettes, they would gradually work their way up to smoking large amounts in a day. However, with vaping, it’s not unusual to start off with one pod a day, moving up to two or more pods a day. The fact is that teens are especially vulnerable to becoming dependent on nicotine, even after just a few weeks, because their brains are still developing and they are consuming elevated amounts of the drug.

The cravings for nicotine are intense. Nicotine withdrawal symptoms come on quickly, manifesting even while a teen is still actively vaping. Symptoms such as headaches, irritability, behavioral issues, mood changes, anxiety and depression are all common, and the onset can happen virtually overnight. Often, these are the first signs parents have that their child is vaping.

Withdrawal symptoms can be an obstacle for teens trying to quit, and we know that people who vape may turn to the use of combustible products such as cigarettes if they’re unable to access vaping supplies. That’s why it’s critical to intervene immediately before they turn to other forms of nicotine consumption.

Adults have a lot of nicotine replacement therapies at their disposal – nicotine gum, lozenges and patches available over the counter and via nasal spray or oral inhalers by prescription – but none of these products have approved labeling by the FDA for people under 18. There is a movement among parents to explore using them for teens, due to how quickly young people are becoming nicotine dependent. However, parents are encouraged to speak to their primary care physician about whether these products would be an appropriate cessation aid for their child.

A specific lingo has developed as a result of more teens using these products. Someone gets “nic sick” because they ingest so much nicotine in such a short time that they start feeling unwell. “Ghosting” is where someone holds in the aerosol so long that, when they exhale, nothing comes out. “Blinking” is where a person inhales so deeply that the charge button starts blinking showing the device is on overload.

With this emergent culture, we’ve learned that questions about nicotine consumption must shift as well. If a doctor asked a teen if he or she smoked, the answer would be “no,” because they aren’t smoking, they’re vaping. We used to ask teens in our student support programs if they used e-cigarettes, and the answer was usually no. We quickly realized we should be asking, “Do you vape or do you Juul?”

It’s important to ask specific questions, share your reasons for not wanting your child to use these products and, most importantly, allow opportunities for them to feel heard. Asking open-ended questions allows for meaningful participation in the conversation. Some examples might include: “Are there kids in your school who are vaping? Why do you think they made that choice? What do you think about vaping? Do you know how it can impact your health? What are other ways that vaping can affect your life? Can I share why I am so concerned about young people using these products?”

What else can I do?

The Surgeon General has tips for parents that can be accessed at https://e-cigarettes.surgeongeneral.gov/. It recommends the following on its Talk with Your Teen About E-cigarettes: A Tip Sheet for Parents:

Caron also provides a range of rehab programs for teen nicotine cessation. Project CONNECT® nicotine cessation program, is an 8-week educational support group to empower young people to make healthy choices and to quit or reduce their use of nicotine products. This week we are also launching a series of digital learning courses about substance use disorder for teens, parents/caregivers, schools, and child-serving and healthcare professionals. Among these is an online version of this course for teens on nicotine cessation that’s self-paced and that all schools can access for free.

These types of online tools can be a tremendous help. In addition to general education, the CONNECT 5 teen platform is designed like a streaming style interface, where teens can browse through different series and episodes on how to make a positive impact on their health by quitting the use of nicotine products. This course motivates youth towards change and assists them in developing a personalized plan for success that is unique to their needs and situation. The scenarios help them rehearse how to respond to the situations they might encounter, and there are talking points and takeaways to reinforce what they learn.

Participating in a support group can also make a significant difference in successfully quitting and recovering from vaping. Quitting is more than just getting the nicotine out of your system; that’s only the first step. The time spent with a support group provides teens with techniques for dealing with situations where they are tempted to vape or use other substances. Teens need to know there will be people in their lives who will continue to make unhealthy choices. Working in groups can build refusal skills and learned ways to be appropriately assertive. We know that teens will be in settings and situations that may be triggering, and they need to learn how to appropriately respond.

We see kids successfully recover from their use of nicotine all the time, so we know it’s possible. Our quit rate for the participants in our Project CONNECT® teen cessation intervention was 36% last year. We reach more than 3,000 kids a year in our Project CONNECT® support groups. We expect the free CONNECT 5 digital platform will allow us to have greater reach and positively impact more young people.

If you haven’t already, we encourage you to talk to your teen about vaping and what you can do together to help them quit. We want to reiterate that you’re not alone, help is available and successful recovery is possible. 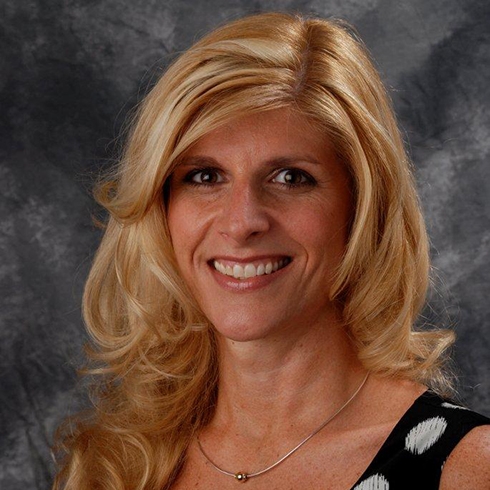 Learn more about her expertise.

The Dangers of Vaping

What to Do About Vaping

Monitoring the Future and Teen Substance Use: Why We Need to…