The Effect of Alcohol on the Brain and the Body

Many people perceive alcohol in a positive way because it helps them unwind and forget their stress, overcome social anxiety and cope with the challenges of pandemic life. However, the health consequences of alcohol are real and potentially immediate. Unfortunately, the short and long-term effects of alcohol can be devastating.

Just as impairment starts with the first drink, so too do the toxic effects of alcohol on the brain and the body. In fact, a recent study in The Lancet concluded that no amount of alcohol is technically safe.

When initially consumed, alcohol will lower inhibitions, which can affect judgment and behavior. People may say something or take an action they wouldn't have otherwise done if not under the influence and regret it later. Short-term consequences of alcohol use can be serious and potentially fatal – ranging from an angry outburst to a drunk-driving accident.

Long-term, the toxic effects of alcohol may be devastating to your mind and body, according to the National Institute on Alcohol Abuse and Alcoholism (NIAAA). And it doesn’t take much. Drinking more than seven beers a week on a sustained basis will reduce your life expectancy by six months. Drink even more, and your life expectancy will drop by years. Drink more, die younger.

Alcohol and the Brain

But early death is not the only potential consequence of heavy alcohol use. Alcohol is the second leading cause of adult dementia in the United States. Many people diagnosed with “early on-set Alzheimer’s” are suffering from the effects of alcohol use disorder. Remove the toxin – alcohol – and the cognitive impairment often resolves.

Alcohol is a neurotoxin, and the fact that alcohol is toxic to nerve cells has some obvious and specific implications. It changes brain structure. Imaging studies have shown that, over time, brain structures shrink considerably. Each of those structures corresponds to specific functions, which are compromised with the continued use of alcohol. Some of the brain structures affected include:

Alcohol and the Body

As for the rest of the body, while so far we have discussed alcohol’s neurotoxic effects, alcohol is toxic to every cell in the body. It has the potential to negatively impact multiple organs – not just the brain but also the liver, the pancreas, and the heart.

We tend to ignore our livers, because while you can feel your heart beating, your lungs breathing and your stomach growling, you really have no sensory connection to what your liver is doing. Basically, most toxins absorbed in your intestines pass through the liver for processing before being distributed to the rest of the body. That includes alcohol. It is well known that one of the long-term consequences of heavy drinking can be cirrhosis, where scar tissue builds up in the liver to the point where there is no healthy functioning liver tissue left.

The liver is also responsible for many of the factors involved in the clotting cascade – the ability of your body to form a blood clot after you've been cut. It’s not uncommon for those with alcohol use disorder to develop bleeding disorders.

If the liver becomes congested with scar tissue, it will cause the rest of the circulatory system to back up, which can lead to heart failure. As your liver becomes damaged by alcohol, there's a potential cascade of consequences throughout the body.

People don’t necessarily think of the heart as being affected by alcohol, but heavy use can have both direct and indirect effects on the heart. High blood pressure can be a consequence of alcohol use, which can lead to stroke and heart failure. And, as we mentioned earlier, problems in the liver can cause a buildup of fluid around the heart leading to congestive heart failure.

The heart is a muscle, and abusing alcohol over a long period of time causes the heart muscle to thin and weaken, affecting its ability to pump blood. When the heart becomes inefficient in pumping blood, all the other organs in the body may become congested with fluid and are starved of oxygen and nutrients. The blood doesn't flow to the organs correctly, which disrupts all major body functions and can evolve into heart failure as well.

Additionally, patients sometimes present to treatment with cardiac rhythm disturbances – arrhythmias – that are directly related to alcohol use. There's a phenomenon called holiday heart, where people go on a binge over a long weekend and end up in the hospital with an arrhythmia that's directly related to alcohol, or withdrawal from alcohol. It’s typically temporary, but that doesn’t make it any less dangerous. (Alcohol withdrawal can be fatal, by the way, so anyone who has become dependent upon alcohol should only attempt to withdraw under medical supervision).

The connection between alcohol and cancer is also a significant one that can’t be minimized. In fact, the July 13 edition of the Lancet Oncology journal highlighted a new study that shows the extent to which drinking boosts the risk of cancer. In NPR’s coverage of the findings, reporter Susan Brink noted that “at least 4% of the world's newly diagnosed cases of esophageal, mouth, larynx, colon, rectum, liver, and breast cancers in 2020, or 741,300 people” are due to the consumption of alcohol.

The good news is that treatment for substance use disorder can potentially undo much of the damage from years of alcohol use. I've experienced firsthand people come into treatment with horrific liver function tests and blood platelet counts so low they had been found unconscious and near death, and most of these conditions were resolved through treatment.

It doesn’t happen overnight, but over the course of treatment, the body may begin to recover. Others have come in so deconditioned that their muscles were wasting away and they were confined to a wheelchair. With abstinence and physical therapy, many regained their mobility.

Of course, treatment for alcohol use disorder is just the first step in the recovery process. The overall goal is to help people learn skills and techniques to sustain long-term wellness and live meaningful lives. 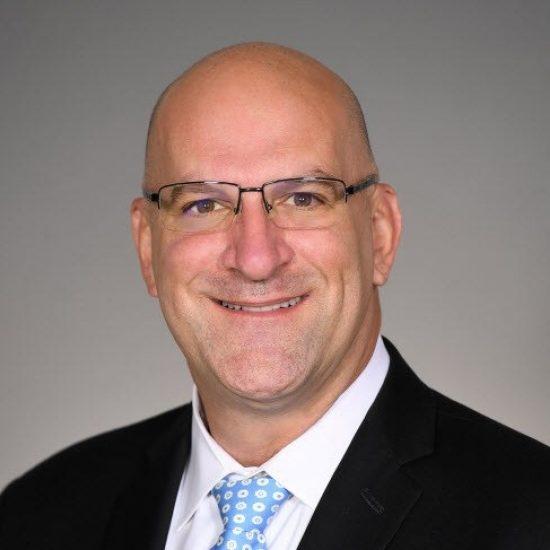