How often have you heard someone say, “it’s OK – the doctor says a glass of wine is good for me!” as they pour their nightly drink? The idea that wine can be “healthy” has caught on.

Alcohol does indeed offer some protective benefits for the heart, at small amounts, but too much alcohol can be devastating, a new study published in the U.K. journal, The Lancet, tells us. Here’s exactly how detrimental.

The Lancet study looked retrospectively across 83 research studies involving nearly 600,000 alcohol drinkers to assess the health risks of drinking. To put it bluntly:

The study shows there is a big jump in the health impact of alcohol when drinking more than 150 grams of alcohol per week. The heart health benefits of alcohol peak at 100 grams per week; greater amounts of alcohol are bad for your heart.

In fact, if you ignore the alcohol’s protective benefit against myocardial infarction (what is known as a heart attack), the study found there was no level of alcohol consumption that wasn’t damaging to the heart or circulatory system!

How Much Alcohol is Risky?

We all understand what a five-year drop in life expectancy means, but few of us can visualize “100 grams of alcohol.” How risky is alcohol?

Let’s translate those grams into everyday measurements. In the U.S., a standard drink contains 14 grams of alcohol, as found in a 12-ounce mass market beer, a five-ounce glass of wine, or a cocktail with 1.5 ounces of hard liquor.

Unfortunately, it is easy to have much more alcohol in a drink without realizing it. A pint of craft beer has 16 ounces of beer that is half again as strong as a mass market beer. Cocktails like margaritas and piña coladas can easily contain three ounces of hard liquor. Keep this in mind when calculating how much you are drinking each week.

Drinking 100 grams of alcohol in a week is equivalent to drinking seven 12-ounce beers. If you are drinking more than one beer, glass of wine, or 1.5-ounce cocktail a day, you are immediately bumped up to the next level of health risk.

The findings of this study do not surprise me, as I see the damage caused by alcohol in my patients all the time. Alcohol can cause cardiomyopathy, where it turns the heart muscle to mush. That affects the ejection fraction, where the ability of the heart to pump blood is impaired. Another common effect is cardiac arrhythmias, where the heart is not beating properly in a normal sinus rhythm. Alcohol also affects arterial walls, where the elasticity of the arterial wall is reduced, causing high blood pressure, strokes, and fatal aortic aneurysms.

Not all of this is long-term damage. When I was an emergency room physician early in my career, we would have patients come into our emergency room after a weekend of tournament fishing in the Bahamas. They were otherwise healthy, but they would come back from their trip in all these cardiac arrhythmias, mostly atrial fibrillation, which can often lead to a stroke. We used to call it Holiday Heart Syndrome, and it was all alcohol-induced. Vacation rules might have been in effect, having a good time with their fishing buddies, but the alcohol had an immediate effect on their heart.

Does Stopping Alcohol Reduce These Risks?

As damaging as alcohol is to the body, ending the use of alcohol reduces its negative health impact, something we see every day in our treatment at Caron. Patients come to us, deep in alcohol use disorder and near death from alcohol’s toxic effects, and it’s simply amazing to see the turnaround in their health once they quit drinking.

One 30-year-old patient was in intensive care for serious delirium tremens (DTs) and hallucinations. He had been discovered unconscious, bleeding out of his nose. Tests showed that he had no blood platelets, his liver wasn’t working, and he had hepatic encephalopathy. He had a platelet transfusion to address the immediate crisis, but what ultimately saved him was stopping the alcohol. His lab work quickly returned to normal, simply by taking the toxin away. That allowed him to begin the life-long work of managing his alcohol use disorder.

We see such recoveries with our patients repeatedly. Patients come in with congestive heart failure, where their heart isn’t pumping well. Take the alcohol away, and their congestive heart failure improves. Young or old, I often see patients make remarkable improvement after quitting alcohol. On the other hand, I see first-hand in my older patients the long-term damage caused by decades of drinking. The sooner alcohol use disorder is addressed, the better, though it is never too late for treatment, and no one is ever too old.

Cognitive functioning is another area where we see definite improvement when alcohol use is eliminated. At Caron Ocean Drive, we conduct cognitive proficiency tests on every patient on admittance to help guide our treatment, so we have hard number measurements in their improvement -- especially on memory tests -- after treatment. There’s no doubt, life is better both physically and mentally without alcohol.

How Much is Too Much: Alcohol Use Disorder

Clearly, alcohol is a mixed bag in any amount, and it is deadly, dangerously unhealthy in all but small to moderate amounts. This study makes it crystal clear.

In my experience, the amount of alcohol consumed is not the primary factor in determining a diagnosis of alcohol use disorder. To me, the bottom line is compulsivity -- that irrational, irresponsible return to the alcohol despite your high blood pressure, liver disease, divorce, or job loss. It’s not really the amount that matters in alcohol use disorder, though we usually see people who are drinking far more than seven drinks a week. It’s all the other reasons why they keep going back to substance use to cope with life.

Alcohol use disorder is a potentially fatal chronic illness, one that progresses if not treated early. But you cannot just remove the alcohol without addressing the underlying psychological issues that are driving the addictive behavior. As a chronic illness, addiction to alcohol also requires life-long management. It is never as simple as “quitting drinking.” 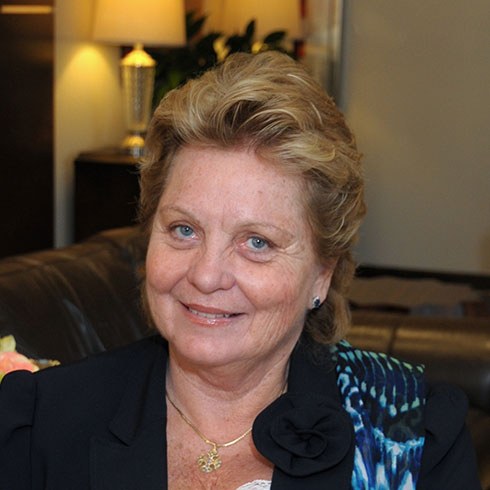 Learn more about her credentials and expertise.

Behind the Numbers: Colorado Ranks #1 in Youth Use of…