Behind the Numbers: Drugged Driving-Related Fatalities are on the Rise

According to a recent report from the Governors Highway Safety Association (GHSA), 44 percent of fatally-injured drivers with known results tested positive for drugs in 2016, up from 28 percent just 10 years prior. That means more than 4 out of 10 drivers killed in a car accident had drugs in their system at the time of the accident. This statistic is startling, especially when you consider that we have no idea how many people are driving under the influence of drugs because there is no quick and easy way to test for it like the field sobriety check for alcohol.

The same study showed that drugs were found more frequently in fatally-injured drivers than alcohol, which dropped from 41 percent in 2006 to 38 percent in 2016. Clearly, the messages on the dangers of drinking and driving are working. It is time for us step up our efforts at reducing drugged driving, which is just as dangerous and deadly.

Marijuana, Not So Harmless for Driving

From my perspective, marijuana is the more problematic drug when it comes to drugged driving, and the numbers in the GHSA report bear that out. In the GHSA report, marijuana was by far the most common drug in drugged-driving fatalities, identified in 38 percent of those tested, while only 16 percent tested positive for opioids and four percent tested positive for both.

There is a tacit assumption in our culture today -- because it is legal or deemed medicinal in most states -- that marijuana is safe. Previous posts on the Medicine, Science & Art blog have outlined that marijuana is not as safe as people think it is, especially for those under 25. The efficacy of marijuana and its properties for treatment of pain and disease still need significantly more research, and we also do not know enough about how marijuana affects the ability to drive. How much is too much? How long after use is it dangerous to drive? We just don’t know.

Based on the research we do have on the physical effects of marijuana use, we can make educated guesses on how marijuana affects driving ability. Marijuana causes drowsiness in many people. Visual perception may be impaired, as well as the ability to judge speed and distance -- a sure recipe for disaster behind the wheel of a car. It may be difficult for a driver high on marijuana to keep a safe distance from the car in front of them. Because of drowsiness and lack of attention, impaired drivers may drift out of their lanes, or their reaction times may be too slow when steering or braking in emergencies. These crucial elements for safe driving can all be compromised by the side-effects of marijuana.

How Fast a High, and How Long?

The other reason I think marijuana is emerging as a dangerous factor in car accidents is because the effects of the drug when it’s taken as an edible are very different than marijuana when it is smoked. With edibles emerging as a increasingly popular form for consuming legal marijuana, this is not a minor issue.

When people smoke marijuana, the onset is very rapid. The inhaled THC passes through the lungs and into the blood system and then to the brain very quickly. Within minutes of smoking marijuana, people start to feel the effect. It rapidly reaches a peak and then slowly wears off over several hours. To some extent, people can anticipate when the effects will wear off.

With edibles, however, it takes a significantly longer time for people to feel the effect. The blood levels go up quickly, but the impairment doesn’t. People who use edible marijuana may not feel the maximum effect for an hour or two after consumption. A person who is used to smoking marijuana may find they feel the major effects of edible marijuana just when they think they should be coming down. If they are driving when that happens, they could be severely impaired.

Not Easy to Test for Marijuana

As mentioned above, testing for marijuana impairment is not as easy as a field sobriety check for alcohol. With alcohol, an on-site breathalyzer test gives police a live and immediate picture of impairment. The only way to test for marijuana use is through blood tests.

To test someone for marijuana, that person must be taken to the police station or lab and have a blood sample drawn. That all takes time. Between the time a person was pulled over and the sample taken, the level of marijuana in the blood system may have dropped -- making it an inaccurate and ineffective test. A new test using saliva is still in the experimental stages.

However, even if there was a simple way of doing an on-site test for marijuana use, medical research has yet to demonstrate a strong correlation between the serum levels of marijuana and impairment -- meaning we don’t know how much marijuana or THC causes what level of driving impairment. This is especially true with edibles, where the blood level may be very low while the degree of impairment may be very high. Or, conversely, the blood level may be high while the impairment is low. Researchers are looking for metabolites of THC that better correlate with the degree of impairment, but the science has a long way to go before it will be useful for law enforcement.

This lack of research is why 18 states have zero tolerance laws for driving under the influence of marijuana. It is also why a current Pennsylvania bill that would allow medicinal marijuana patients to drive is disconcerting.

This lack of an on-site test is why police often use profiling to determine whether someone is using marijuana. One state patrolman commented that when someone he has stopped calls him “dude,” he knows that he has a possible DUID for marijuana.

We can certainly train our police to recognize the signs of marijuana impairment, but, personally, I think we are better off concentrating our efforts on prevention.

People need to understand that marijuana is not as innocuous as they may think, especially when it comes to driving. Unfortunately, given the rush to legalize marijuana use in the U.S., we are likely to see a continuing increase in the number of drivers who are under the influence of marijuana. A Colorado study showed that 69 percent of cannabis consumers have driven under the influence of marijuana at least once in the past year -- with 27 percent admitting they drive high almost daily!

More to the point, 40 percent of recreational users and 34 percent of medical users in that study said they don't think being under the influence of marijuana affects their ability to drive safely. I’m not sure the fatality numbers back them up on that.

We make a big deal about driving under the influence of alcohol, given how impairing it can be. Marijuana may be subtler than alcohol in the outward signs of impairment, but it clearly is the cause behind a growing number of fatal automobile accidents. 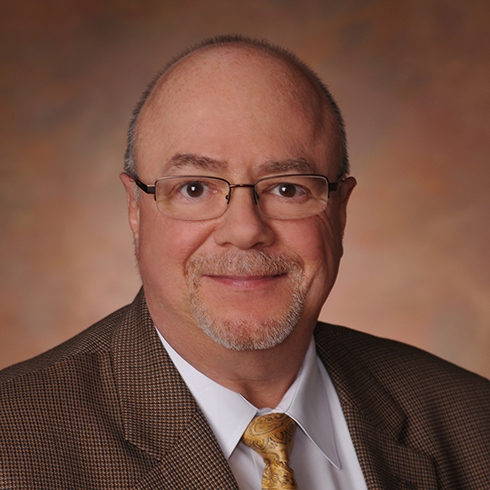 Behind the Numbers: Colorado Ranks #1 in Youth Use of…

Behind the Numbers: Drug Overdose Deaths Among Women are Up…