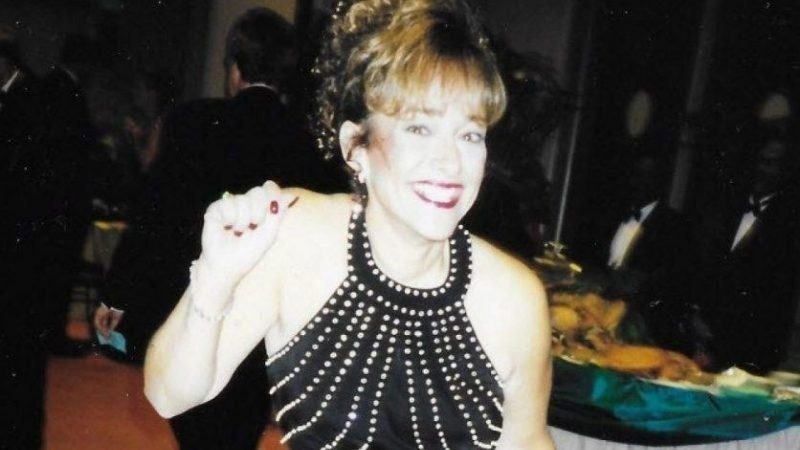 You’re very open about your past struggles with an eating disorder. How did that develop?

My mother was a helicopter mom. She was always there. It was very hard because I needed to escape that. It was hovering constantly and nonstop. So at a young age, I saw a local group of baton twirlers in a parade and I said, I wanted to do that, because I thought maybe that can take me away. I really blossomed and baton twirling was my outlet to escape that overpowering mom that I had.

In college, I was the feature twirler at the University of Miami. Every game that we had we got weighed in. So if you were a pound under you couldn't twirl, and if you were pound over, you couldn't twirl. It was a very rigid program. I found a way; I wouldn't eat, I would throw up. And that lasted for probably about four years, for five hours a day practicing in hot weather. It was a lot.

Did your addiction subside when you left college?

When I came back from Miami I went back to the same nest with my mom and it was more or less like switching addictions and co-occurring. [I had] more than one addiction. You start somewhere, you go somewhere else, everything follows you. I ended up finishing school back in New Jersey where I'm from originally and just met a different group of people and did different kinds of drugs and drinking. But the eating disorder subsided.

You were a mother, a wife, and a career baton twirler with incredible drive - did you feel the pressure to maintain a perfect image? What did that feel like?

I did a good job at it. I could put on a wonderful face, but behind that face I was really broken. I just wanted to appear all put together and perfect because we live in a world where people want to be perfect. Today people will say, "Oh my God, your family is so beautiful. You must have been so perfect growing up." I laugh to myself because we [only] appeared that way. But I did a good job at hiding it. I absolutely hated it because here I had an evil inside killing me.

How were you able to hide your substance abuse from your family?

[My husband and I] had just gotten married seven weeks after I just moved to Pennsylvania and my dad died suddenly. I never got to say goodbye. That tore me apart and I drowned my sorrows in vodka. We had a townhouse in Pennsylvania and the basement had the laundry. I had those store away closets and I ended up [with] gallons of vodka in there.

[My husband] never came to the basement. He's not doing laundry. He was very busy. I lived in the laundry room. I had my poor husband convinced that every towel in every closet needed to be washed and sheets had to be changed twice a week even though there's two of us. I had him so convinced that I had to do laundry constantly, and he brought the sheets down for me. I was good at hiding it because when I drank I didn't go out. I was the good wife that made dinner. So I stayed home.

How were your relationships impacted by your substance abuse?

I was in and out with the family, and the kids were raised a lot by housekeepers. That was really hard because my husband is a surgeon and the kids had to be at school and activities and things like that. It was one housekeeper after another, because I was always in and out of treatment.

How did your husband conclude that it was time for you to get help?

All along he had said for several months, "You really have a problem and need to take care of it." I was in denial. I acted beautifully; [like] “I'm perfectly fine”. But he started putting the pieces together. There was one doctor that was writing a ton of prescriptions for me and the pharmacy gave my husband a call. So that's when all shit hit the fan.

I was in denial for so long. It was years and years and years of the hiding and twelve rehabs. One night I was a little violent and I remember the police coming to the house and I remember being 302'd to a mental institution. And this was devastating to me. This is after several tries at rehab, but not being in the right rehab. So, after that, I went to Caron.

What did Caron do to help you to overcome your bouts with denial and approach recovery in ways that other places didn’t?

When I went to the other rehabs, I felt embarrassed. I felt ashamed. I felt that my life was just falling apart . . . and [that] it was all my fault. It was at Caron that I learned that I had a disease that can be arrested, not cured. [I learned that] we can get it under control.

There were many people there for the same reason. I wasn't the only one. So, I learned that I didn't have to be ashamed. That was a big one for me because that opened me up to wanting to learn and understand why, and how this happened to me.

The other thing I learned up at Caron was that I can recover if I work a program and [if] I stick with people that are sober, I can get through this and I can recover. [Previously,] I never thought that there was a [way] out.

Going to Caron opened my eyes to the real word ‘recovery’. But the counselors and the treatment that Caron gives one person is just [positively] overwhelming. They taught me that it was okay that I can say freely, "I'm in recovery. I'm an alcoholic and an addict.”

How has your quality of life improved after your treatment at Caron?

I would never think that I would be able to lose 40 pounds the healthy way, doing a special program, not an eating disorder . . . so, my health is really wonderful.

I learned a lot in recovery. I learned that I have to be grateful that I got another chance, that I didn't die. I have to be grateful that I have a supportive family. I have three wonderful kids who are so proud of me. I never thought I'd have that. It goes to show you that it's as hard as you work; you can accomplish whatever you want in life . . if you put your mind to it.

My relationships with my family have grown into honesty and sincerity because my children come to me with everything. They confide in me. I'm proud to be a good wife today, a great mom, and a good daughter.

The fruits that I have gotten from recovery are just truly a gift because without the proper treatment . . . I would not be here today. This far surpasses anything that I've done before being sober. It's a gift. I'll keep saying it's a gift because it's a gift that keeps giving.