Perfectionism, Being Bad and Taking Risks – Addressing the Underlying Issues to Support Recovery

The need for attention is natural. On some level, everyone needs attention. It's one of our most basic needs. For infants, getting attention from their parents is a matter of life and death, and that fundamental need carries on through childhood and into our adult lives. However, there are healthy and unhealthy ways of seeking attention, and it is unhealthy attention-seeking behaviors that can get us into trouble. For some individuals, the need for attention – good or bad – can become a part of a destructive pattern of behaviors that interferes with interpersonal relationships, masks feelings of inadequacy, be a symptom of an underlying mental health or substance use disorder. Addressing and understanding these attention-seeking behaviors are key to helping individuals find wellness and connection.

Negative attention is better than no attention

Usually, the origins of such behaviors stem from early childhood. It's important that we get healthy attention – attachment – from our parents. A child who's not getting the attention they need will seek it out in other ways.

Sometimes those children become perfectionists. They feel like if they're perfect, then maybe they will be noticed. At school, teachers will tell them they are the best student, they get lots of accolades, they're on the honor roll and they get into the best schools. Generally, this drive to achieve is seen as a positive behavior. But sometimes, it creates a sense they always have to be perfect, and they catastrophize over the repercussions if they are not. Failure becomes intolerable to them.

There is a very high correlation between such perfectionism and substance use. When you have so much pressure on you to be perfect, there is really no outlet to relax. It's almost like a rubber band that eventually breaks over time, and perfectionists often turn to substances as a way to cope with stress.

More often, though, adolescents will act out in a way that gets negative attention. As teens, they may develop an identity of being the one who is always in detention, always having the school call their parents, being the class clown, always taking risks, or doing flips off the wall. Using substances is often part of this acting out. That lifestyle becomes an avenue to get attention or admiration from peers, to be cool. Even though this behavior is self-destructive and, over time, creates more and more problems for them, it does cause their family members to give them attention.

Because such attention-seeking behaviors are so closely linked to their substance use disorder, we work with patients here at Caron to help them understand what is fueling their behavior so they can successfully engage in recovery.

Attention seekers can be very frustrating patients to work with. There's a lot of dishonesty. They're not very good history tellers, because they tell tall tales and make things up. It can be difficult to know what's real and what's not, what's true and what's false. It’s a powerful defense mechanism, and keeping people confused helps avoid the real issue, which they don’t want to touch because it is too painful and scary for them. Their behaviors keep them protected.

An important part of that is delving into when the behaviors began and what purpose they served for them at that point in their lives. As we explore those early experiences, people often gain the insight that while the behavior worked for them then, at some point, it stopped working. Even substance use is an example of that, where patients understand that it initially helped them fit in socially, manage their anxiety, or fill them with confidence. Then, at some point, the drug use crossed a line where it began to work against them.

Part of recovery is learning how to get those needs met in healthier ways. If not, their attention-seeking behaviors are always going to sabotage any progress that they make.

Behavior is often just a smokescreen for the real issue

Many times, attention-seeking behaviors serve as something of a smokescreen that masks the real issue. Patients would rather have us focus on their acting out behavior – breaking rules on property, not cleaning their room – because as long as we're focused on those things, we won’t have the time or attention to see what's really going on with them. This is especially true with those who have experienced trauma because dealing with the trauma is so painful.

If someone is not progressing in their treatment plan and continues to act out, we as mental health professionals will meet to explore why. What is this person not wanting to talk about? What is causing them to behave in such a way that almost ensures they're never going to have to talk about it?

I've seen a lot of amazing breakthroughs when we are able to breakthrough the behaviors – which are just a smokescreen – and confront what's really going on. Once patients do finally address the real problem, there's no longer a need for them to throw out any more smokescreens, and the behavior stops almost instantly.

Many times, patients have developed an identity around their negative behaviors. It's the only way they've ever known for getting attention and it drives their reputation amongst their peers. They have nicknames like “Crazy Johnny,” and it's become deeply ingrained in their sense of self. There is often a great fear involved in giving up those negative behaviors. Who are they going to be if they give up the personality traits of “Crazy Johnny?”

This is an issue in maintaining sobriety, especially with younger adults, where substance use has become a major part of a person’s social identity. They have this overwhelming sense that they must now completely change their identity by giving up the behavior or traits that made them feel like they belonged or were special. If they give those things up, how are they going to fit in? The fear of losing that attention is often greater than the fear of stopping substance use.

This is why the length of stay during treatment can be critical for individuals who exhibit attention-seeking behaviors. The issues are so layered – with the ramifications of sense of self, social identity, and family relationships all bound together– it takes time. There’s a fear that sobriety is boring, and there's so often confusion around how patients can continue to get their needs met in recovery and that needs to be worked through.

Building a support system of like-minded individuals and peers who are in Recovery is extremely important to overcoming the barriers fears about loss identity can create. It is one of the benefits of the 12-step process for younger people. They can spend hours in a group session with a therapist trying to understand what life might look like in Recovery and never get it, but attending a few 12-step meetings or engaging with others in a support community, even a few trips out for pizza with a couple of sober supports will make Recovery a concrete tangible for them. They come back saying, “Oh I get it. This is manageable. They didn't need alcohol. They didn't need to be crazy. They didn't need to break rules.”

Look beyond the behaviors

While it’s always important to address problem behavior, especially if someone is acting out in a way that’s too risky, it is absolutely essential to look beyond the behaviors to uncover if there's something deeper that's fueling the behavior and the SUD. That underlying cause is different for everyone, but it will be difficult for people to enter recovery unless they come to grips with the real issue rather than continue to focus on the behavior.

But I’ve seen, time and time again, the breakthroughs people make when they finally do confront the truth, no matter how painful or scary. The problem behaviors fall away, and people begin the journey on a healthier approach to life. 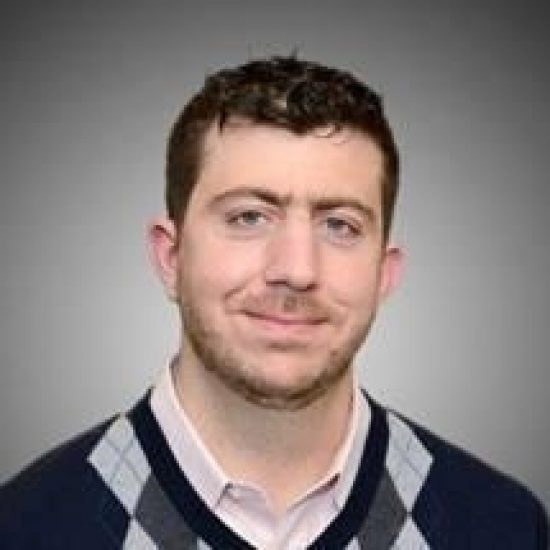 By The Rye Record

The Gift of Self-Care: How Recovery Taught Me to Love Myself

Self-Compassion Is a Necessary Survival Skill