I was addicted to Adderall. I took it while at nursing school and continued taking it while working as a nurse. It was a merry-go-round I couldn’t get off.

I felt great when I took Adderall – keeping a 4.0 grade point average at school while being rail-thin and in top shape. Adderall even kept me from getting a hangover when I drank, so I drank like crazy. Work hard, play hard.

On the outside, I looked like I was doing so well, but, on the inside, I was literally dying. Take it from me, Adderall is much more dangerous than you think.

Adderall abuse has become rampant in colleges as students seek a competitive edge to get the grades and class standings that open doors for professional opportunities. Once they graduate, they often continue using it to keep that edge for their work. It’s even starting to creep down into high school, as students there feel the pressure to perform. People do not realize how addictive Adderall can be.

I got my Adderall prescriptions legally. A diagnosis of attention-deficit/hyperactivity disorder (ADHD) is so easy to get that virtually anyone can get Adderall. I was convinced I needed Adderall, that I had ADHD. It was a lie I was telling myself, and I had become an expert at fooling my psychiatrist.

As my addiction grew, my psychiatrist kept upping the dose, wondering how I could get insurance to approve it. She didn’t know I was paying for most of the prescriptions out of pocket at whatever pharmacy would accept them. I started to run out of Adderall in between refills and would crash so hard that I would literally stay in bed for days. My employer told me I would face disciplinary action if I kept missing work. So, I started forging prescriptions, which was horrible.

After six months of forging prescriptions, I got caught. I lost my job, everything. They thought I was trafficking the drug, because I had written “prescriptions” for over 5,000 pills. The truth was the pills were just for me. I was taking 500 milligrams a day, enough to kill someone, and drinking on top of that to come down off the Adderall at the end of the night so I could sleep.

After I was fired, I faced disciplinary proceedings before the state nursing board. I was working with a lawyer who had once prosecuted people like me but was now working to defend them. He had heard of Caron’s program for healthcare professionals, and recommended I go there for treatment.

Going to Caron was the best thing that ever happened to me. My counselors at Caron simply pointed me to a bed, told me I wasn’t taking Adderall ever again, and let me collapse. I laid in that bed for five days, hardly getting up to go to the bathroom or drink water. To be clear, I wasn’t just thrown in bed to withdraw. I learned that I hadn’t slept normally or restoratively for a long period of time and that sleep would help my brain chemistry to normalize. I am grateful that residential treatment gave me an opportunity to do that. I woke up feeling like myself again and could begin the hard work of recovery.

There’s a common misperception among prescribers that you can’t stop taking Adderall cold turkey. My original psychiatrist wouldn’t let me stop. When I told her that I believed I was addicted, she would just prescribe me more. The thing is, it’s hard to beat an Adderall addiction by yourself. I tried many times to quit Adderall but couldn’t. I needed Caron’s help. They empowered me stop. And I had to stick with it, because giving up meant I would never work as a nurse again.

Being a nurse was so much a part of my identity that I was willing to do anything to uphold that role. That ambition helped drive my addiction to Adderall in the first place, but it also became part of what drove my recovery too.

With Caron’s individualized approach to treatment, my counselors were able to focus on specific issues pertinent to me. I went in there with an Adderall addiction, thinking that I needed it for my ADHD. Caron spent several weeks testing me, in depth, to determine that I don’t have a learning disability. That and other breakthroughs helped open my eyes to the fact that I truly did have an addiction. I came into treatment after much devastation and consequences in my life, but those consequences actually became a way for me to get honest about the work that needed to be done. At Caron, I learned that the answer to all of my problems was actually within myself, not in blaming everything outside of me.

As I mentioned, I am far from being alone in my struggles with Adderall. The pressure to perform is unrelenting, and Adderall is seen as an easy way to get an edge. Plus, the drug is so easy to get, setting a trap for so many. All the people I’ve known to take it have been addicted to it. I’ve only known one person who didn’t have a problem with it – she was diagnosed with ADHD at the age of eight and has taken a low-dose of the extended release version her entire life.

Many people won’t admit to themselves that they have a problem. They are caught up in the role of being a doctor, nurse, or successful professional. I know if you had asked me if I had a problem with Adderall, I would have lied. I didn’t want anyone to catch me because I knew what Adderall did for me. At least, I thought I did.

That’s why I now go and speak to healthcare professional groups, like nursing students and physician assistants. My story resonates with them, because they feel the pressure to perform and many are taking Adderall. I recently shared my story with a class of Doctor of Osteopathic Medicine. After returning from a bathroom break, there was literally a line of people waiting to talk to me. “I’m in med school, and I take it,” one of them told me. “Your story is terrifying, because it sounds like what I am doing now, yet suddenly, you woke up and your body was completely dependent on Adderall.”

My life is so much richer today. I’m married, with children, and I am going back to school to become a Nurse Practitioner. I still have perfectionistic tendencies, but I’ve learned to address them in a healthy way and to cope with life without Adderall and alcohol. I no longer buy into the lies I was telling myself, that I needed Adderall to perform. I have a strong spiritual connection now, which has really helped me. I make an effort to connect with others, going across New England to tell my story, which has been very therapeutic to me. I will take a call, whenever, wherever some needs to talk to me about what they’re going through. It’s all a reminder to me about how horrible my life was with Adderall, and how I am so blessed today.

I know I’m not going to be perfect, and I don’t need to be. In recovery, I’ve found my authentic self. 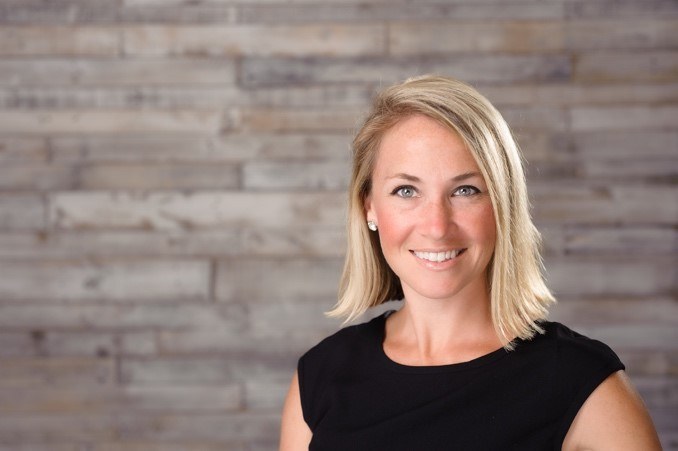 Kristen Sowada is a Registered Nurse, wife, and mother of three children, and is expecting baby number four this July. Kristen earned her undergraduate degree in Psychology from Saint Michael’s College and later went on to earn her Bachelor of Science in Nursing from New York University. Kristen is currently in graduate school at St. Joseph’s College, pursuing her Masters of Nursing degree, to become a Family Nurse Practitioner. Today, Kristen practices as a Psychiatric Nurse, working closely with patients suffering from addiction and mental illness. In her spare time, Kristen can be found speaking to health care professionals and students at various Universities, regarding addiction among healthcare professionals. Kristen serves on the Board at Caron Treatment Centers and actively helps members in her community to get into treatment.

Behind the Numbers: Pressure to Perform is Pushing Us into…

Parental Interference: How the Pressure to Perform is…