Much of the talk about legalizing marijuana seems to happen in an information vacuum. Today I’d like to talk facts about marijuana. Marijuana has been accepted as medicinal, when there isn’t hard, scientific evidence to support that idea. It’s been positioned as safe, when research shows that it has profound impact on the brain development in teenagers and young adults, as well as recent research that shows a link to psychosis at any age. It’s thought of as providing a mild high, when forty years of crossbreeding have created varieties and products that are anything but.

Potency is a big issue

Potency is measured by the amount of THC–the active ingredient that causes the high–that is present in marijuana. Back in the 1980s, the THC content of marijuana was often as low as 0.5%, though generally it was around 4%. The potency of marijuana has risen steadily over the past few decades, to the point where it is not uncommon to find THC levels of 16%. One study of marijuana purchased from dispensaries in Colorado found samples as high as 30%. In addition, there are marijuana extracts offered for sale with THC levels of 50 to 80%. The hard truth with marijuana and its derivatives is that there is a great deal of variability in what is being sold and it is difficult for people to predict how much THC they are ingesting.

Potency represents a sea change in how “safe” marijuana is to use. As a result of the increase in potency of marijuana, we’re seeing a lot more mental health issues surfacing. At Caron, probably around 72% of people in our treatment program have a dual diagnosis of substance use disorder and a co-occurring mental health disorder. At the same time, between 2014 and 2018, marijuana was the drug of choice for 40 to 60% of our patients. Both rates are higher for adolescent patients.

Problem usage of marijuana dwarfs the use of opioids

Let me say that again: Over half of the people diagnosed with an illicit drug use disorder have a diagnosed cannabis use disorder. Granted, opioid overdoses are killing 72,000 people a year, but I don’t think we’ve fully come to grips with how big a problem marijuana is going to become.

Equally troubling, we’re finding that 80% of the cannabis consumed in cities and states that have legalized marijuana is consumed by 20% of the users. Marijuana has a very similar trajectory to alcohol. The majority of alcohol is consumed by those with an alcohol use disorder, and a majority of the cannabis is being consumed by a small percentage of heavy users. The Marijuana Industry has created this picture of someone using small amounts of marijuana to help their rheumatoid arthritis, but the reality is it’s predominately being used by people who consume large quantities.

Youth use of marijuana is especially dangerous

Just as we do for alcohol, we need to focus on preventing marijuana use among adolescents. Even in states where marijuana is legal, it’s only legal for those over age 21. There ought to be universal support on preventing underage use of marijuana. Brain development continues through the age of 25, and it is critical to give adolescent and young adult brains the time to mature. Marijuana use at an early age is an important predictor of development of a substance use disorder later. Every year we can delay usage is a win, and the longer the better.

As a clinician, I am concerned about this link between marijuana and mood disorders, such as depression, anxiety, and psychosis. I see it in my own patients. What is unclear, however, is whether marijuana is causing these issues or merely exacerbating a pre-existing psychotic or depressive disorder that was already primed and waiting to come to the surface. It’s probably a mixture of both, but this is one area where we need more research.

We need more research on marijuana and the brain

People believe we know more about the brain than we actually do. When you start putting mood- and mind-altering chemicals into your system it’s like playing Russian roulette. You don’t know how it’s going to affect your mental health. Another way to think of mental health is, it’s the ability to really feel safe in your own mind—the ability to utilize your prefrontal cortex in a way that sets you up to be successful, whether that’s with fore-planning, relationships, or just overall happiness. We don’t always know how substances are going to interact with the brain’s structure and chemistry. Everybody is unique. You don’t know when that next hit is going to trigger something that you can’t “undo” —based on potency, brain development, other chemicals being used, and co-occurring mental health concerns.

For all those reasons, we need to pay closer attention to what we already know about marijuana and responsibly take the time to allow research to inform our understanding and decisions. 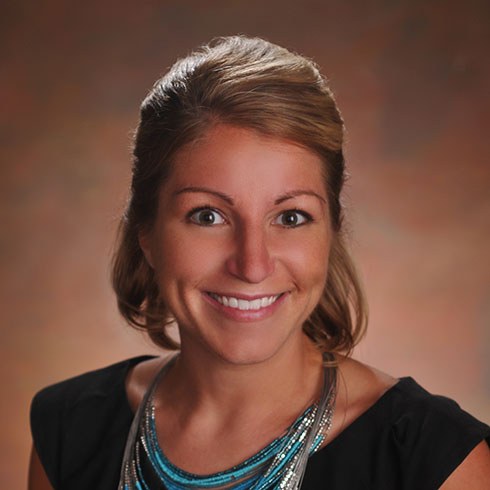 Learn more about her expertise.

By The Philadelphia Inquirer

Let’s Just Call Weed What It Is: Addictive

By Caron in the News

Cannabis Use Can Cause Cognitive Impairments, Researchers…