There is an addiction epidemic, and it impacts all facets of society. Pediatric healthcare professionals are in the unique position of being able to identify and address risky behaviors before they become a substance use disorder. But typically, they receive fewer than 10 hours of addiction specific training.

Caron, a leading not-for-profit provider of treatment for substance use and behavioral health disorders, is committed to shifting that paradigm. Through the pediatric education program, healthcare professionals can receive the specialized exposure and information needed to proactively identify, address, and refer patients who struggle with a substance use disorder. Our goal is to empower medical professionals and provide them with the tools they need to provide the best possible care for their patients.

The program is free, and you will receive a certificate of completion. 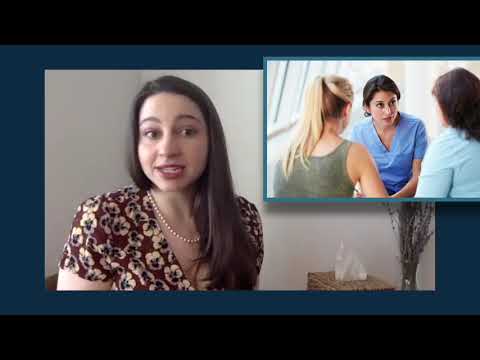 Dr. Alexandra Stratyner, Ph.D., a faculty member of Caron’s Pediatric Substance Use Disorder Education Program, shares why pediatric physicians need exposure and education on how to identify and address risky substance use behaviors in their patients.

As a physician affiliated with a select group of hospitals in New York, you are invited to participate in Caron’s Pediatric Substance Use Disorder Education Program. The program will provide you with specialized training you can integrate into your daily practice. It is structured using a combination of online courses, which you can complete based on your schedule, and a choice of five dates for a virtual live workshop. The content of the program is streamlined, evidence-informed and delivered by a team of expert physicians who specialize in the field.

During the program participants will complete online courses and one virtual live workshop.

The combination of these courses will address the following topics:

The program is facilitated by two highly-trained professionals who are experts in their field:

Dr. Timothy Sasala, DO is a pediatrics specialist in New York, City and has been practicing for 16 years. He graduated from Ohio University College of Osteopathic Medicine in 1997 and specializes in pediatrics.

Dr. Sasala completed his residency training at the Walter Reed Army Medical Center in D.C. For 8 years, Dr. Sasala worked as a physician and active duty officer in the U.S. Army. He worked at the Tripler Army Medical Center in Hawaii, the U.S. Military Academy at West Point, and at a U.S. Army hospital in Germany, where he was the chief of pediatrics and oversaw the care of 15,000 children of military personnel.

After leaving the military, Dr. Sasala returned to New York and spent a year working at St. Luke’s-Roosevelt Hospital Center before entering private practice. He is the owner of Metropolitan Pediatrics.

Dr. Alexandra Stratyner, PHD is a Manhattan-based psychologist. She specializes in the treatment of substance use and co-occurring disorders with expertise in motivational interviewing techniques.

Dr. Stratyner received her Ph.D. in counseling psychology from Seton Hall University in New Jersey and completed her internship in clinical psychology at Mt. Sinai St. Luke’s and Mt. Sinai West Hospitals in New York. Dr. Stratyner is on the faculty of the Mount Sinai Health System and is an adjunct faculty member at New York University’s Steinhardt School of Culture, Education, and Human Development. She is a frequent guest on local and national news programs and has authored multiple studies and presented her research at multiple conferences, including the American Psychological Association. She was recently published in the peer-reviewed Journal of Psychiatric Practice on the topic of complex PTSD. Dr. Stratyner is also an elected member of the New York State Psychological Association’s (NYSPA) voting council and executive board, and the co-chair of NYSPA’s Diversity, Equity and Inclusion (DEI) Committee, and was the recipient of NYSPA’s 2020 Early Career Psychologist Award.

Please enroll in the program using the form below. A member from our team will contact you to confirm your enrollment, schedule your sessions, and provide additional resources.

If you have any questions about this form or your nomination, please contact Tammy Granger at tgranger@caron.org.