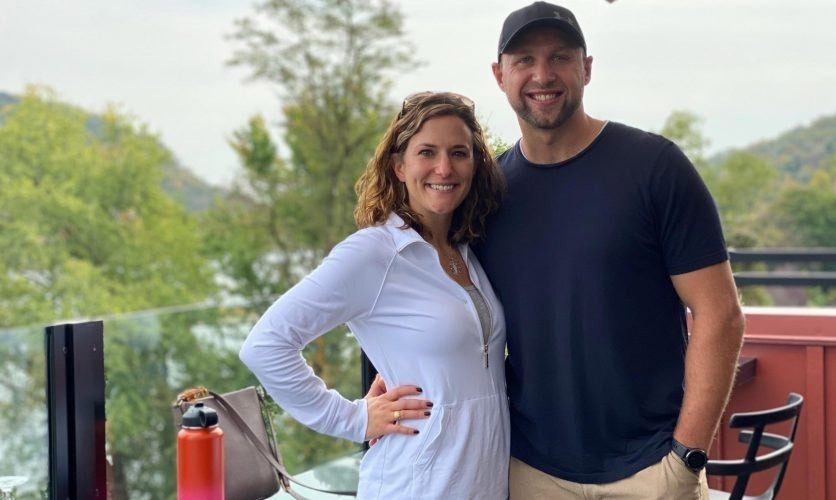 As the middle child of three boys in a nice home with loving parents, the first feeling I remember was happiness. I’ve spent most of my life chasing it. Happiness, to me, boiled down to one word: “more.” I wanted more of everything: success, friends, money, etc. No matter how successful I was in school, sports, and work, I continued to feel a void. Happiness was always short-lived for me. I was the guy that eight out of ten people in a room could like, but I was obsessed with the two who didn’t. I was a people-pleaser and wanted people to know I was great at everything. In reality, I was scared out of my mind that nothing I did was good enough. Even as team captain on my high school football and baseball teams or being recruited to play 4 years of varsity baseball at a Division 1 College, I still continued to feel a void.

This changed when I drank my first beer at a party. With that first drink, I felt like I had arrived, that there was a solution to my anxiety. However, I couldn’t stop at just one; whenever I drank, I got drunk. I was always thinking about the next time I could drink. I was first introduced to pain pills following a baseball injury in college. I eventually graduated, landed a sales position, and married the love of my life. Eventually, I began drinking more and more to keep up with my rising tolerance. I began isolating myself when I drank. I started to hide my drinking from my wife. Around this time, I was re-introduced to painkillers so I could get high without having to drink so much. I was getting drunk or high at least four times a week. I began to realize I had an issue at 26 when I put my wife, unborn child, and younger brother in danger behind the wheel. Soon after, I almost overdosed when I took too many pills at once while drinking. I survived, but the situation left me depressed.

One day, I experienced a sense of calm clarity after I broke down crying in the shower. I realized the mistakes I had made and admitted I needed help, but that it was okay. I told my wife, and she was understanding and supportive but didn’t know what the next step should be. I asked my mom for help as she had dealt with her own issues involving alcohol. It felt liberating to tell my family; I no longer had to put up a façade. My mother took me to my first AA meeting and got me in contact with the person who would become my sponsor. I quit cold turkey, and, though it was difficult, I overcame my addiction on a physical and mental level through the support of my family and a 12-step program.

When using, I never appreciated the present and always worried about the future. When I stopped using, I began to appreciate the present. I became grateful for what I had instead of worrying about what I could lose. I began caring for others and my relationships became more gratifying; it was no longer all about me. I've been sober for almost 10 years, and I’m forever thankful. The idea that I’m not running the show, and that there is something greater than me keeps me humbled. It’s my mission to pass on the lessons I’ve learned. One of those lessons is that you must truly adhere to the steps if you want them to work for you. The main thing you must overcome isn’t alcohol and drugs, but yourself.

This is why I’m sharing my addiction story, so that others know that it’s okay to ask for help; it’s often the only way to get better. Addiction is the only disease that talks to you in your own voice and for that reason that we need external voices to guide us into and through recovery. Many, including myself, are waiting to help you through it.

Your Gift Can Make a Difference

Caron also leads the industry in scholarship care providing more aid to families who cannot afford treatment than three of the recognized treatment centers combined. Caron not only dedicates a percentage of patient revenue to scholarship care, we are also fortunate to be able to partner with family, friends and corporate leaders to raise scholarship dollars that go directly to helping patients and their families recover from this devastating disease. Unfortunately, there are still families who cannot afford treatment. Your gift, regardless of the size, will help us begin to bridge this financial gap.

If you wish to donate by mail, please make checks payable to Caron, noting your donation is for the Aaron G. Scholarship Endowment Fund and send to:

When you provide a check as payment, you authorize us either to use the information from your check to make a one-time electronic fund transfer from your account or to process the payment as a check transaction.