Why We Should Be Serious About Sober Curious

Whether you call it Sober Curious or Mindful Drinking, the wellness movement focused on reducing or eliminating alcohol from social situations is making headlines. It takes “dry January” to a new level by empowering individuals, their social groups, families and coworkers, to replace the boozy brunches and other alcohol-fueled activities with a healthier lifestyle. While some in recovery may question the motives of this movement, I believe it gives people a socially acceptable entry point into the choice not to use drugs and alcohol to have a good time. It also is our first, best chance to change our alcohol-fueled culture.

It’s clear that alcohol and other drugs are pervasive in our culture – with drinks flowing at every function and social media memes and hashtags such as #mommyneedsvodka that suggest alcohol and other substances are not only socially acceptable but necessary to handle the stress. In fact, alcohol has become so ubiquitous it’s sometimes called the wallpaper for our lives. With this pervasiveness, there’s an unprecedented social pressure to fit in.

Traditionally, there has been a binary view regarding sobriety. The assumption was, if you are sober, you have a substance use problem – and there’s an inherent stigma to that. That view doesn’t account for those who may not have problematic use but choose, instead, to abstain or reduce as a lifestyle choice. The black or white thinking about sobriety doesn’t leave room for a conversation about the positive impact not drinking or using can have.

The sober curious are doing much more than a quick cleanse or detox from a rambunctious holiday season. They are choosing to forgo the hangovers, feel more energized, reconsider the way they socialize, and generally embrace a more productive approach to life. We are seeing this across generations ranging from Generation Z teens and young adults, who are using less alcohol and starting alcohol use later in life then generations before, to high-achieving professionals, doctors, lawyers, executives and business owners who realized that once they hit 30 or 40, they don’t bounce back from a night out like they used to. Who realize a Friday night can carry over into Monday morning. For the sober curious, wellness, mindfulness and being present are the priority.

This is a paradigm shift – not just in drinking alcohol – but as an approach to life and wellness in general. While most people don’t work out at the gym or change their eating habits until they have to, there’s a large group of people who are incorporating these lifestyle changes because they choose to. That’s important – there’s a wellness culture taking root that prioritizes health and performance. In the past 10 years or so, people have become much more conscious about the things that they’re consuming and the repercussions that has on their body and long-term health. Organic produce and meat, and farm-to-table, are just part of it. People focus more on performance enhancement versus just symptom mitigation when it comes to the engaging medical services. This scrutiny of their use of alcohol and other substances is a natural next step to find some lift from a health, wellbeing and financial standpoint.

For many embracing sober curiosity, they are reprioritizing. We’re seeing them elect to move away from substances because they impede the things that are important to them: family interaction, the ability to engage in their own extracurricular activities, perhaps their work performance or at least how they feel about their work performance.

While it took time, bars and social settings are starting to catch on, offering experiences for people who choose not to drink alcohol or for those in recovery. We’ve created a more fertile ground with far more social options for people who want a social life that doesn’t revolve around booze, creating a whole new economy of alcohol-free clubs and bars and new formulations of non-alcoholic cocktails. I expect this will reach a tipping point where we’ll see ongoing normalization of sobriety.

As a recovery community, we need to cultivate and support this movement because, in the end, it will have a real impact on challenging the society axiom that alcohol is just part of everything that we do. The number one driver of somebody developing a substance use disorder is if they actually use substances. The more we can incentivize and empower people to electively not imbibe, the fewer people we will see developing a substance use disorder. We can shrink the funnel at the top instead of waiting until someone is sick. The good news is that the sober curious movement opens a door to this important dialogue. It isn’t accusatory, shameful or stigmatizing – it’s a bridge to wellness and raising awareness about how substances impact our lives. It’s also a chance to reshape our culture and shift our societal paradigm, and we can all play a role in fostering that.

Editor’s Note: When Sober Curious Isn’t Enough
As part of this conversation, it’s important to note that some people contemplating an alcohol-free lifestyle may find they can’t give up alcohol without experiencing significant emotional and physical symptoms. If an individual is sober curious and wants to stop drinking alcohol but is struggling to adhere to a limit (whether frequency or amount), experiencing significant impacts to their health, family, friends or job or facing criminal repercussions – a behavioral intervention is appropriate. 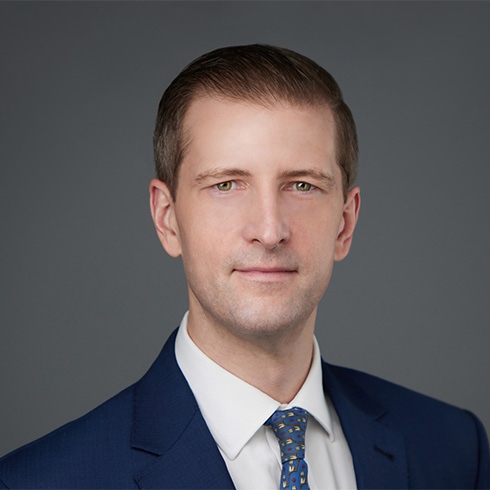 President & CEO
Learn more about his credentials and expertise.

“Dry January” is an Opportunity to Boost Your Wellness

The Crisis of Self-Care