When the Need to Achieve Becomes Toxic

CEOs and other high-achieving individuals often got where they are because they had drive – the drive to succeed, take risks and be decisive. However, for many, behind that drive are feelings of fear, unease, self-doubt, unworthiness and the need to prove oneself over and over again. These negative feelings and self-narrative are what we often refer to as Imposter Syndrome.

While it seems counterintuitive, Imposter Syndrome is common among highly successful people. No matter how successful they are, they still feel as if their accomplishments are never good enough. They experience their achievements as a series of fortunate events or coincidences and not the result of their own hard work. Deep down, they fear that they will be discovered as frauds and they will lose everything.

Externally, such people are high achievers who seem driven to bend the world to their will. Internally, they live in fear -- feeling inadequate, unrecognized, and unlovable. In my experience at Caron Ocean Drive, this narrative can fuel substance use or other behavioral health issues to cope with the extensive emotional pain Imposter Syndrome causes. And thus, it is essential to address Imposter Syndrome in treatment for substance use disorder in order to help a patient successfully recover.

The struggle to sustain meteoric success

While the drive to prove oneself and a long record of accomplishments should be positive, Imposter Syndrome undermines all of that – much like termite damage. Perhaps the easiest way to explain the potentially devastating impact of Imposter Syndrome is to look at some examples. I’ve changed the details to protect patient privacy, but the broad strokes here are all taken from real life.

I worked with one young CEO of a family-run business. He’d taken over the business from his father, who nearly ran the company into the ground. The son was able to build the business back up, opening new lines and markets and saving the family fortune. An only child, all his life he had been told that he was the hope of the next generation. Now, here he was, at a very young age, quite literally carrying the rest of the family on his back.

The son felt undue pressure, real and imagined, to keep up the pace of his success, because his family was literally counting on him. He felt as if his natural abilities weren't enough, so he began taking stimulants. This enabled him to stay awake for two or three days at a time, being, in his mind, far more efficient than he would be otherwise. Eventually he become dependent on the stimulants to function, leading to marital discord and other areas of distress in his life. The emotional toll of the stress and the effects on his physical well-being became unsustainable.

The emotional devastation of failure

Another CEO, this time the head of a publicly traded company, had difficulty when her track record of career success hit a speed bump. Hers is a story that demonstrates the pervasive and insidious messages we can learn from our family of origin. Her parents had doted on her older sister, who was considered by them to be the accomplished sister, destined for great things. The sister became world-renowned in her field, until she died young. The younger sister struggled in her shadow, even after her sister’s death, which drove her to prove she too was worthy.

She became the CEO of a company at a difficult time in the company’s history. She worked hard, successfully, to turn the company around. Then a recession hit, forcing her to lay hundreds of people off, which hit her emotionally. She felt like a failure, first because she felt she let down all the employees who depended on her, and second because she was still at a very fundamental level trying to prove she was worthy, even though her parents had also passed away by that point.

As she began laying people off, she started drinking alcohol before each meeting. Pretty soon, she couldn’t make it through the afternoon without drinking, and that translated into other parts of her life.

The good news is that in both these cases, they eventually sought treatment and are living successfully in recovery.

When treating these issues, we use a variety of modalities that address trauma, behavioral change and a person’s interject (the way they talk to themselves). We must look at what’s happened in their lives and help them to develop kinder and more compassionate self-narratives and healthy coping skills that enable them to move forward in a productive way. Group therapy and family therapy also play an important role.

Importance of family in treatment

This compulsion to achieve often stems from a person’s family of origin – the family they grew up in. Their parents may have constantly compared their actions to the achievements of their siblings. The parents themselves may have been busy, high-achieving people, and the child somehow learned that love and attention can only be earned through achievement. Or, perhaps, they were constantly told they have a deficit such as a learning disability that’s going to keep them from achieving. Any of those experiences can result in a constant need to prove they are capable and worthwhile, even when they have, quite painfully and obviously, succeeded beyond what is possible for most people

The central role that family of origin issues play here highlights the importance of family in any treatment plan. As with any kind of personality issue, Imposter Syndrome isn't created in a vacuum. Infants don’t arrive suffering Imposter Syndrome – it is learned. Substance use disorder, as well, is inextricably bound up with the family. The family needs to be willing to look at themselves and look at their part in the cycle of dysfunction in order to support the recovery process.

A family's willingness to engage in their own recovery process is equally as important as the patient being engaged in recovery. If the patient is unwilling to work on recovery, but the family is willing, the patient will eventually come around. If everyone in the family gets well, and only one person remains as a holdout, eventually the holdout is going to either isolate from the family or they are going to get well. Most of us don't want to walk away from our families, unless we’ve experienced something really devastating and we need to separate for self-preservation.

The good news is that creating a family of choice can make a significant difference for those experiencing Imposter Syndrome. In this case, we select people as spouses, friends and colleagues who provide positive support and meet our needs emotionally in ways that our family of origin could not. We create our own support system and develop a corrective experience around the dysfunction experienced as a child. This allows people to close the chapter on those painful feelings of deep-seated insecurity and the fear they are unworthy so they can experience the joy and freedom that comes from embracing our authentic selves. 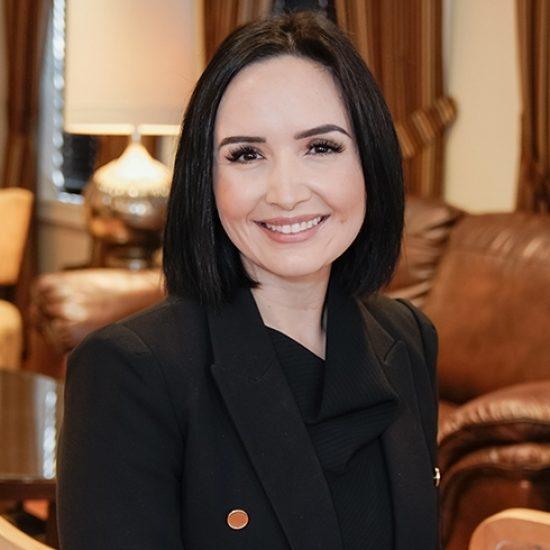 In her therapeutic work at Ocean Drive, Josey Tynes facilitates individual, family, and group therapy sessions and develops treatment plans to identify and address each client’s strengths and weaknesses to give them the necessary tools to live the best life possible.

Her systems-based perspective embodies the Caron philosophy that "the patient is the family, and the family is the patient." In addition to her ICGC-II certification, she is certified to treat compulsive shopping, stealing, spending, and hoarding.

Josey joined Caron Renaissance in 2014 and came to Caron Ocean Drive in 2018. Prior to her work at Caron, she was the lead therapist at a treatment facility in South Florida, responsible for overseeing all clinical services as well as writing all clinical programming for patients with co-occurring disorders receiving residential, intensive outpatient, and outpatient treatment. As lead therapist, she expanded services and introduced holistic services to the therapeutic milieu.

Josey earned her bachelor’s and master’s degrees in social work from Florida Atlantic University, as well as a master’s in healthcare leadership from Brown University.

Never Good Enough: When the Drive to Succeed is Taking You…