The Path Towards True Progress

Addiction remains the country’s #1 public health crisis. Yet, until recently, efforts to combat it seemed to move in fits and starts. The momentum gained through the Affordable Care Act, the Comprehensive Addiction and Recovery Act (CARA) and 21st Century Cures, all of which expanded resources for addiction treatment, was almost halted last week by the attempt of some in Congress to defund addiction treatment as part of health care reform. There were mixed signals from Washington about what to do next in the face of this unrelenting addiction crisis – until this week.

Two major shifts happened in the past few days that put us back on the path toward true progress. First, an executive order by President Trump established a Commission on Combating Drug Addiction and the Opioid Crisis. New Jersey Governor Chris Christie was appointed as the Commission’s chair. Second, the nation’s largest medical specialty organization, American College of Physicians (ACP), issued recommendations for the treatment and prevention of substance use disorders. These efforts show that we are again making progress in the fight against the disease of addiction.

Yesterday at the White House, President Trump, after a listening session on the opioid epidemic, formally announced the executive order for the Commission to combat the crisis. The executive order directs the Commission, which includes the Attorney General, Secretary of Health and Human Services, Secretary of Defense and the Secretary of Veteran Affairs among its members, to issue a final report by this fall addressing funding, accessibility of treatment services, best practices on addiction prevention, recommend new laws and regulations to facilitate treatment, and identify barriers to treatment. The order also directed the Commission to look at criminal justice reforms to tackle the impact of addiction within the system.

With the appointment of Gov. Christie to run the Commission, President Trump has appointed a serious advocate for treatment. Gov. Christie’s impassioned speeches on the campaign trail last year brought the issue of addiction to the forefront and his actions in New Jersey have made it a model for states around the country.

Gov. Christie has long characterized addiction as a complex issue requiring a comprehensive, multipronged approach. At a press conference last month he said, "Addiction is not a moral failing, it is a disease and the more that we talk about it as a disease, treat it as a disease, regulate it as a disease, the more people will finally get the idea that asking for help is not a sign of weakness, but it is in fact a sign of strength.” This echoes his comments from his visit in December 2015 with clinical staff, families and alumni at Caron Renaissance in Florida.

These sentiments are at the heart of why the recommendations by ACP are so important. ACP’s recommendations include referring to addiction as a chronic, treatable medical condition, expanding training on substance use disorder for medical professionals, improving access to evidence-based treatments, writing health insurance and parity laws to pay for treatment, and adopting effective public health policies to address the issue from many directions simultaneously. ACP has made an extraordinary commitment to helping find solutions for the addiction crisis and providing their membership with tools to help their patients. In fact, this statement on substance use disorder comes one month after the organization issued new guidelines on the management of lower back pain that emphasize alternative treatments over painkillers.

I commend ACP for using this platform to state clearly that “substance use disorder is a treatable chronic medical condition that should be managed as such.” I cannot emphasize enough the importance of ACP reinforcing the fact that addiction is a chronic treatable medical condition—just as asthma, diabetes and hypertension are chronic treatable medical conditions. Statements such as this one from significant leaders in health care help to de-stigmatize addiction. In this climate where communities continue to be overwhelmed by the opioid epidemic and a tragically increasing number of overdoses, raising awareness about addiction as a treatable disease must be a priority. Caron is contributing to this dialogue through meetings with national leaders. For example, we participated in a round-table discussion with Surgeon General Vivek Murthy and prominent organizations to discuss best practices in addiction treatment and recovery. The good news is that we’re aligned. Treatment works when done effectively and there is hope for families.

We appreciate ACP, Governor Christie and the new Commission as allies in the fight against addiction, and look forward to working with them and other partners to help develop short- and long-term strategies to combat addiction in our communities. 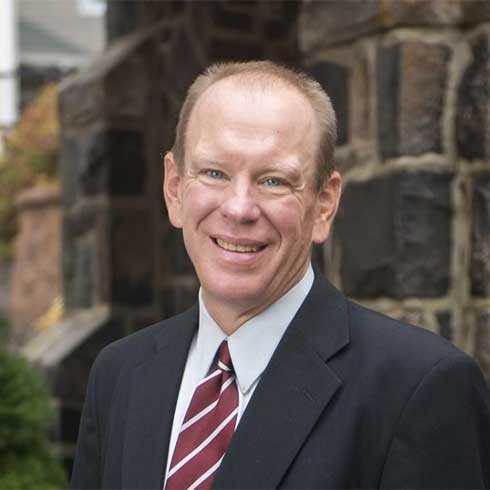 President Emeritus
A strong advocate for both research and prevention, Doug Tieman has spent 30 years in the addiction treatment field. Learn more about his expertise.

One Nation, In Recovery

The Opioid Crisis is a National Emergency. What Now?

Recent Focus on Patient Brokering Is Encouraging, But A Long…