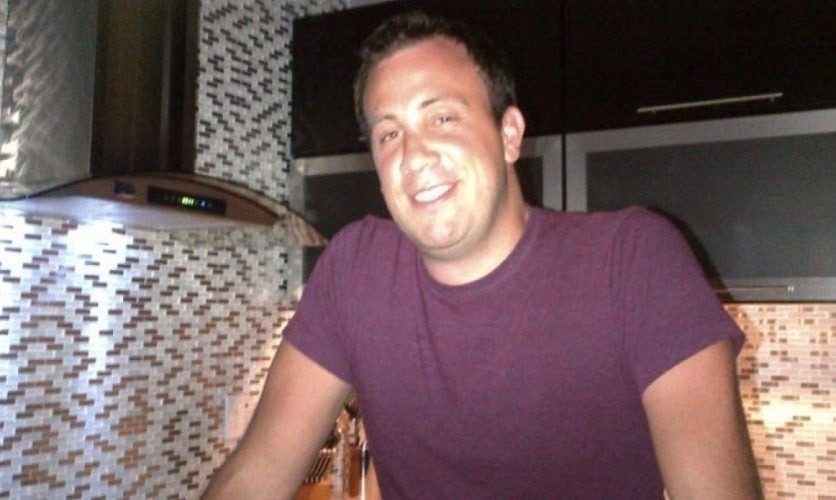 How did drugs affect your career?

I'll never forget the first feeling of doing cocaine in the bathroom at work. It was a great feeling. It was definitely a performance-enhancing drug. I believed that I was actually better at my job while I was on cocaine. It gave me energy that I may not have had without it. I would use it during trials, and I felt like I was better than I would have been without it. I felt like I had more personality, [and] it was easier for me to give that extra boost of energy that I might need to connect with a jury and to connect with other people. It really does enhance your ability to interact with people. It did that for me, which definitely made me better at my job, until it didn't.

My use was progressive. I would use it initially maybe once every few days at work, and then continued to increase my use. I kept feeling like I needed it more and more, until the point that I needed it every day to get through work. I hate to use the word slavery, like a slave to a drug . . . but there's really no other word that kind of describes the feeling of “you cannot, no matter how hard you try, get out of it.”

How were you able to conceal your addiction from your coworkers, family, and your friends?

I learned how to kind of hide things from a young age. I knew the whole time that if anyone ever found out the extent of what I was doing, there would be a lot of judgment there and there might be a lot of people who tried to stop me from doing what I was doing. That was the last thing I wanted.

There was also shame, embarrassment, [and] guilt . . . the picture of a lawyer who has some success is not someone who goes home to their house every night and sits alone and uses drugs all night. That's not what most people think of a lawyer as doing when they get home from work. The fear of that image of me getting out there somehow to people, to my clients, to my family, to my friends who didn't use drugs . . . I had a wall up and I made sure to cover my tracks because of that fear.

How did your relationships deteriorate during your active addiction?

What was the turning point within your active addiction? How did you know it was time to reach out for help?

There were people at work that were on to me. My boss had called me in and had a talk with me and basically had said . . . "You can talk to me about it." And I didn't. My reaction to that instead was to resign from my position. I was unemployed, and . . . I was certainly drowning emotionally and spiritually and physically. I was suicidal. I thought that my only way out was to end my life. I was just broken.

No one knew [that] I was unemployed. Everyone thought [that] I was still working. I'll never forget [the] moment [when] the choice that I had was [to] either get on that train and go back to Philly and try to end my life again, or ask for help. I was able to bring myself to ask my father for help. I wasn't able to get a word out to him. He pulled over and we sat in his car for a while. He just kept asking me, "What's wrong? What's wrong?" I finally was able to collect myself and I told him I was a cocaine addict and that I had a real problem. “Well, you're not going to get on that train.” And I went back to my parents’ house and called Caron that night.

What were the most important things that you learned during your time at Caron?

I [also] learned at Caron that without some type of program going forward after Caron, I wasn't going to survive. I was going to end up back where I was. I did something at Caron called My First Year of Recovery and part of that program was routinely still going to a therapist from Caron. It was also helping to develop my plan going forward and what it was that I was going to do in order to stay sober.

Before Caron did you think of your addiction as a disease?

Before I got to Caron I did not look at addiction as a disease. That concept was taught to me at Caron and it made a lot of sense to me because I didn't really have an explanation for what I was going through before. [Viewing addiction as a disease] helped me realize that it wasn't within my control and that without professional help, there was no way I was going to overcome it. That helped me deal with the guilt and the shame aspect of it. A lot of people don't understand it as a disease so they think of it as you're a bad person or you did something wrong.

There was actually a psychologist at Caron who kind of said [to me], "You have this bucket of life and you're just continuously trying to fill it up with stuff. But no matter how much stuff you fill it up with, you still have a hole in the bucket and stuff's just going to keep falling out of it. It's going to feel like your bucket's empty all the time."

The people that work there at Caron, to me, are some of the most incredible people I've ever come across in my entire life. I just was amazed.

How has going through Caron's process improved not only your quality of life but the quality of your relationships?

Going through the program at Caron has completely done a 180 on my life. I start my day every morning at 7 in the morning with an AA meeting. It's been working for me and . . . Caron helped me to get to that point. Professionally, it has helped me to get back into the working field and be a fully contributing member of the working world.

Caron helped me be in a healthy relationship. With my parents it's only strengthened our relationship. My brother, my sister-in-law, my niece and my nephew now, when they call, I answer the phone. When they text me I text them back. When my friends reach out to me, even if I can't reach right back out to them, they're getting a call back that day or they're getting a text back that day.