Behind the Numbers: 40 Percent of College Students Have Blacked Out While Drinking

We shouldn’t assume, though, that blackouts are solely a problem among college students. Studies on blackout drinking may focus more on them because of the easy access academic researchers have to college students. And, while the recent stories about hazing and deaths related to heavy alcohol use on campus certainly suggest this is a widespread problem in college, blackouts are not an issue of youth alone. Adult patients also experience blackouts.

Blackouts are closely linked to binge drinking. Consuming a lot of alcohol, quickly, overwhelms the hippocampus, the part of the brain responsible for forming long-term memories. A bout of binge drinking -- where five or more drinks are consumed in a two-hour timeframe (four for women) -- can easily cause a blackout.

Surprisingly, blackouts tend to be much more common among social drinkers , who don’t seem to have as much of a tolerance for heavy doses of alcohol as heavy drinkers. Those who remain sober over the weekdays and then “party hard” on the weekends are much more likely to blackout while drinking. Women are also more likely to experience alcohol-induced blackouts than men.

Colleges are notorious for binge drinking, but the National Institute on Alcohol Abuse and Alcoholism (NIAAA) reports the prevalence of binge drinking and heavy alcohol use is common across all age groups. In 2015, 27 percent of people ages 18 or older reported that they had engaged in binge drinking in the past month. Binge drinking is also more common in households with incomes of $75,000 or more.

There really isn’t a set amount of alcohol that will cause a blackout. It depends more on the speed of alcohol consumption. If someone joins a party late and wants to “catch up” to their friends, drinking more rapidly could result in a blackout. It also depends on a person’s tolerance. Someone who normally drinks only once or twice a week, who then goes out on a Saturday night and has five or six drinks, could experience a blackout.

Cutting through the denial

Blackouts are scary and dangerous. But people don’t remember what they did during a blackout, so it can be difficult for them to understand that they have a problem. As noted above, because the part of their brain where memories are stored is overwhelmed, a person experiencing a blackout may not remember an incident no matter how traumatic -- whether it happened to them or another person.

That’s why cell phone videos are so useful. Because almost everyone carries a video-capable smartphone with them at all times, it is very likely that someone is around to grab a video of outrageous alcohol-fueled behavior. This can be useful in addiction treatment. The family will come in, and say, “This is what my loved one does when he’s under the influence.” We’ll share the video with the patient – who is often shocked by their behavior.

One of the hallmarks of substance use disorder is that the person is in denial about the severity of the problem, minimizing and rationalizing their use of the substance -- alcohol in particular. Once someone sees how alcohol use not only changes their behavior, but also impacts those around them, they may be more open to a conversation about it. With social media everywhere and police wearing body cams, nobody is exempt.

Blackouts are never a good thing

If you are experiencing blackouts due to your alcohol use, you should rethink how, why, and when you drink alcohol. Blackouts are nature’s way of telling you that alcohol doesn’t agree with you. If you become amnesic and forget what happened during an episode of drinking, you are neither healthy nor safe. You put yourself and those around you – both personally and professionally – at risk for any number of terrible consequences.

Most people think of violence when they think of a blackout. Yes, yelling, screaming, and aggressive behavior can occur -- they are not necessarily symptoms of a blackout. Blackouts can take any form. Drunk shopping, for example, where packages you don’t remember ordering suddenly arrive at your doorstep. Drunk dialing, where you call someone at an inappropriate time or make insensitive comments, without remembering. Or leaving a note for “sober you” to remind yourself about something important.

It is possible for an individual to experience a blackout without having an alcohol use disorder. However, we strongly advocate for a behavioral assessment because either way it’s a signal that there’s a serious problem that must be immediately addressed. Addiction is a progressive disease, and blackouts are a red flag. Talking to a professional can empower an individual to take charge of the behavior before it’s too late. 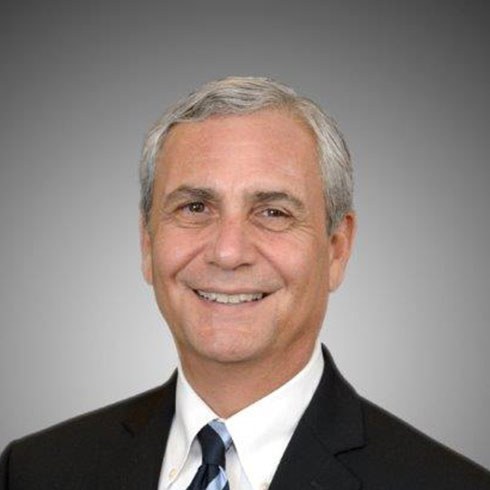