Marijuana and Teen Use

Next to alcohol and tobacco, marijuana is the most commonly abused addictive substances among teenagers. Teen marijuana usage rates increased between 2009 and 2010 from 5.2% to 6.1% for high school seniors, 2.8% to 3.3% for 10th grade students and 1.0% to 1.2% for 8th grade students. In 2007, the majority of teens age 17 or younger entering drug abuse treatment programs said marijuana was the drug they used most often.

Risks and signs of teen marijuana use.

Marijuana use causes a host of negative side effects for everyone, but it is particularly detrimental for teenage students. Marijuana decreases learning, judgment and motor skills and diminishes initiative and motivation. Clinical studies show that smoking marijuana leads to cognitive delays that can last up to 24 hours, causing reductions in one’s ability to concentrate, consolidate memories and develop verbal and mathematical abilities. In the long term, The National Institute on Drug Abuse (NIDA) warns that marijuana use places teenagers at risk for future brain development abnormalities.

While it may have been difficult to develop a marijuana addiction in the past, it is now possible due to increases in THC (the active ingredient in marijuana) potency. According to NIDA, one in six individuals who begins using marijuana as a teenager becomes addicted.

Once addicted to marijuana, teenagers experience strong cravings to use and, if they attempt to stop, will endure a challenging and uncomfortable period of marijuana withdrawal. While marijuana withdrawal is not life threatening, it may cause insomnia, headaches, anxiety and cravings that make it difficult for teens to stay drug free.

Do you think your teen might have a drug problem? Help is here.

Professional rehabilitation is the best way to treat teen marijuana abuse and addiction. Please contact Caron, for more information on our treatment programs for teens. 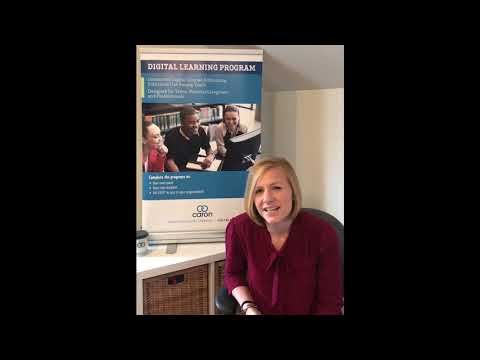 Heroin—also known as smack, h, ska or junk—is an opiate and central nervous system depressant processed from morphine. Although the Center for Disease Control reports that heroin use has remained flat among teens in recent years, youths remain vulnerable to this highly addictive drug.

Teens use heroin by snorting, smoking or injecting it. For many teens, non-injection methods make it psychologically easier to start using heroin. According to Dr. Herb Kleber, Director of The Center on Addiction and Substance Abuse (CASA), removing the needle barrier lets teens delude themselves that such use is not dangerous or addicting. Despite this common misconception, all methods of heroin use can cause addiction and death from overdose.

The addictive power of heroin should not be underestimated. Use among teens often destroys educations, careers, health, relationships and entire lives.

Signs of teenage heroin use.

Teens who abuse or are addicted to heroin may exhibit the following signs:

If teens do not or are unable to continue heroin use, they may exhibit the following withdrawal symptoms a few hours after their last doses:

Methamphetamine—also known as speed, meth, chalk, ice, crystal or glass—is an extremely addictive stimulant that adversely affects the central nervous system, sometimes permanently damaging and depleting dopamine and serotonin receptors in the brain. Teens use meth for its euphoria-inducing effects.

Prevalence of teen methamphetamine use.

Meth use among teens has been declining in the last decade, according to data from the CDC's Youth Risk Behavior Surveillance study. In 2009, teen meth use was down a third from what it was in 2001 for both 10th and 12th graders.

Despite this reduction in use among certain sectors of the teenaged population, crystal meth has become the most dangerous drug problem facing small town America. Kids between 12 and 14 that live in small, rural towns are 104% more likely to use meth than those who live in larger cities.

Signs of meth use.

Methamphetamine is an extremely addictive and dangerous drug. Users risk countless short-term side effects, death from overdose and long-term health consequences such as brain damage (which resembles Alzheimer’s disease.) Parents should be on the lookout for signs and symptoms of meth addiction including:

Addiction to methamphetamine and crystal meth can be debilitating, dangerous and, for some, life threatening. Fortunately, effective treatment is available.

As with most addictions, the first step in treating methamphetamine addiction is assessing the needs of the individual. For treatment to be most successful, it must address the needs of the whole person, not just issues associated with physical addiction. Various factors such as the individual’s social, psychological, physical and demographic characteristics should be taken into account when designing a holistic treatment program.

Detoxification from methamphetamine is a vital (but not sufficient) element of treatment programs, but it's not easy for patients. Coping with meth withdrawal symptoms can be quite difficult without help. While symptom intensity depends on the duration and severity of one's addiction, many addicts experience anxiety, trouble sleeping, extreme agitation and intense cravings for meth during withdrawal. Because of this, medical observation and supervision during detox are recommended.

Once the addict is stabilized and physically drug-free, treatment should commence. The most effective treatments for meth addiction involve comprehensive behavioral therapy such as individual counseling; cognitive-behavioral therapy to identify and alter destructive patterns; and psychotherapy. Family therapy may also be initiated to break the cycle of addiction at home and identify and patterns of dysfunction within the family system.

Addicts may also seek out a support group, such as a Twelve-Step group, for emotional support, a sense of camaraderie and an optimistic perspective. For addicts who have felt isolated and disheartened, a support group can provide much-needed hope.

Finally, once treatment has been completed, a continuing care plan should be established in order to prevent relapse and encourage long-term abstinence. This could include drug testing, contingency management interventions (which provide incentives for good behavior) and post-treatment monitoring.

The importance of professional, inpatient treatment.

While it is possible to recover from a crystal meth addiction without professional help, those who seek it help often have higher rates of success in overcoming addiction and sustaining recovery.

One of the most critical benefits of professional meth addiction treatment is program duration. Because methamphetamines can stay in the system for six months after just one use, addicts often require lengthy treatment programs and continuing care plans in order to prevent relapse. In order to recover fully, it’s essential that addicts follow a sufficiently lengthy treatment plan as well as all clinical recommendations. Those who have attempted rehab before could benefit from longer treatment programs.

What is spice or cannabinoids?Designer Street Drugs

Bath salts (also known as ivory wave and vanilla sky) are chemically similar to cocaine or crystal methamphetamine. Typically marketed as salts one would use in an actual bathtub or plant food, they cause a host of negative side effects including disorientation, racing heartbeat, confusion, aggression and seizures, to name a few. Teens abuse bath salts for their energy and euphoria-inducing effects.

In the first two months of 2011, the American Association of Poison Control Centers fielded an unprecedented number of calls concerning bath salt overdoses. As of July 2011, at least 28 states have banned bath salts, which are typically sold for $25 to $50 per 50-milligram packet at convenience stores and head shops. Unfortunately, bath salts are still available for purchase online.

Spice (also called K2, moon rock and fake marijuana) is a drug made from shredded dried plant materials and chemicals. It is chemically similar to marijuana, except spice speeds, rather than slows, heart rate and breathing.

Spice causes side effects such as drowsiness, relaxation, paranoia, nausea, appetite loss, hallucinations, rapid breathing and restlessness. In March of 2011, the United States Drug Enforcement Administration published a final notice on the federal register regarding the emergency ban of five chemicals commonly used in spice.

Don’t let designer street drugs’ seemingly harmless packaging deceive you. They are incredibly dangerous and can result in death.

The very nature of designer street drugs makes them extremely dangerous. Their unknown and potentially unsafe ingredients, unpredictable side effects and varying potency make them difficult to understand. Therefore, addictions to these drugs can be complicated and problematic to treat.

As with most addictions, the first step in treatment is to develop a comprehensive plan that addresses not only the destructive behaviors directly associated with addiction but also the root causes of addiction. Psychological, physical, social, and mental factors must be considered. Additionally, comorbidities, such as other addictions or mental health disorders, must be taken into account.

Once a customized, holistic plan has been established, the addict should undergo detoxification. Because the withdrawal symptoms of designer street drugs are often unknown or unpredictable, medically supervised detoxification is highly recommended. It is important to keep in mind that detoxification alone rarely leads to recovery—a comprehensive treatment plan should be implemented to ensure success.

After detoxification, most treatment programs initiate behavioral interventions, such as cognitive-behavioral therapy or counseling, to identify the underlying causes of addiction and equip the addict to cope with potential relapse triggers. Family therapy may also be recommended. Self-help groups, such as Narcotics Anonymous (NA), also provide the addict with much-needed support.

Once the addict has recovered, follow-up drug testing and monitoring should be part of a continuing care plan that promotes continued abstinence.

If you or someone you support is struggling with designer street drug addiction, Caron can help. Learn more about our unique approach and high success rates.

Steroids are testosterone used to enhance one’s physique or athletic performance. Steroids can be taken orally, injected or administered via cream or gel. Steroids are especially dangerous for teenagers, because teens’ bones aren't fully developed.

Steroid abusers may take doses 10 to 100 times higher than those prescribed for medical reasons. Teens who use steroids will become dependent on them over time. Dependence continues, because teens feel better when using steroids, and they fear losing their athletic edges and enhanced physiques.

Prevalence of teen steroid use.

As part of a 2009 NIDA-funded study, teens were asked if they ever tried steroids. Among respondents, 1.3% of 8th and 10th graders and 2.2% of 12th graders had tried steroids. Despite these low numbers, researchers report that the number of female teen steroid users has doubled since 1991.

Signs of steroid use.

Signs of teen male steroid use include rapid gain in muscle or weight, sudden outbreaks of acne and recurrent mood swings. Long-term use of steroids can result in shrinking of the testicles, reduced sperm count, development of breasts and an increased risk for prostate cancer.

Permanent side effects of teenaged girl steroid use include baldness, deepening of the voice, shrinkage of breasts and enlargement of the clitoris.

Gender-neutral signs of teen steroid use include:

The first step in treating steroid addiction is to help the patient stop using steroids through detox. Detox should be closely monitored, as depression and suicidal thoughts may occur. If left untreated, symptoms of depression can persist for a year or more after the patient stops using steroids. Other steroid withdrawal symptoms vary from patient to patient but can include headaches, muscle aches and insomnia. If withdrawal symptoms are particularly severe or prolonged, inpatient detox or hospitalization may be required.

Medications, such as antidepressants and analgesics (for muscle and joint pain), can be administered to manage steroid withdrawal symptoms. Medications may also be used to restore hormonal balance and reduce cravings.

It is important to note that related drug addictions commonly complicate steroid addiction. Steroid users experience pain and trouble sleeping, leading to self-medication with opioids or other drugs that develop additional addiction. In these cases, steroid treatment must simultaneously address comorbid addictions.

Once steroid and other drug use is discontinued, the patient should undergo behavioral therapy. Behavioral therapy usually involves individual or group counseling, family counseling and anger management classes. Many patients also find that support groups are helpful in encouraging abstinence.

Speak to an Expert

Teens on Prescriptions and OTC